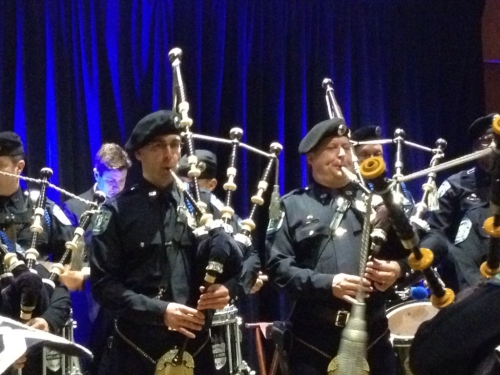 On March 7th, the Seattle Police Department Pipes & Drums band, in conjunction with the Seattle Police Foundation, held its Second Annual Auction and Dinner. This event was a great opportunity to honor a group of officers who give their own time to practice and play together at events all throughout the city. Of course, their primary role is to pay respects to officers who have made the ultimate sacrifice.

The night’s event featured a reception, allowing the department and members of the community to interact, engage, and celebrate this important band. The evening’s event included a performance by The National Drum Band as well individual and group performances from the Pipes & Drums band themselves.

There were a wide variety of auction items to raise money for the band including a ride with SPD Harbor Patrol, dinner with the chief, and an opportunity to have a private performance with Pipes & Drums. In total, the evening raised $40,000.

SPD Pipes & Drums band was founded in 2011 after the tragic death of Officer Timothy Brenton who gave his life in the line of duty. Today, generous giving on behalf of members of the community allow Pipes & Drums to not just play at events in Seattle, but all over the world. This past year, Pipes & Drums had the opportunity to travel and perform in Ireland, and this year will be bringing their music and community outreach to Boston. 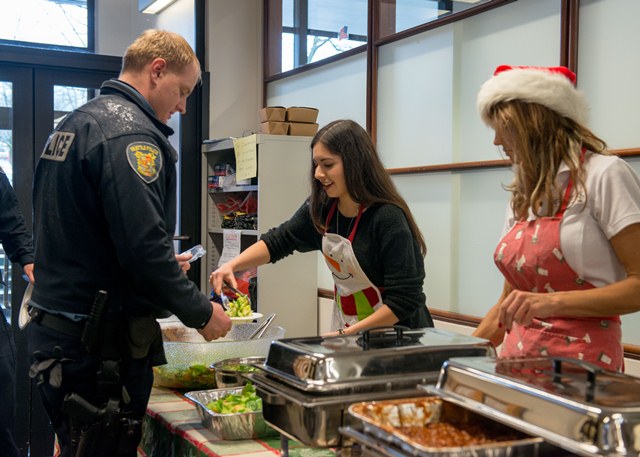 This April is National Volunteer Month and we at the Seattle Police Foundation want to take the time to recognize all of those people in our community who help us achieve our mission of creating a world class department and strong community partnerships. Events like Breakfast with the Chief, Precinct Picnics, and Holiday Luncheons would not be possible without the help and support of these dedicated volunteers. Please join us and thank those below, and the many others, who help make SPF what it is today.