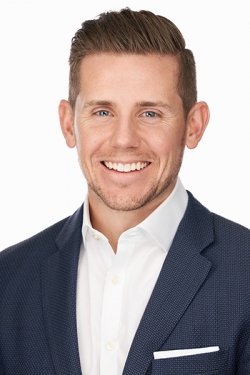 Nicholas King is a Principal, an Account Executive in the Commercial Department, and sits on the Board of Directors of Parker, Smith & Feek. Additionally, he leads their Real Estate Practice Group and plays an active role in their Healthcare/Non-Profit Practice. Nicholas manages a wide range of commercial accounts, including property owners, institutions, community health centers, and transportation and 3PL businesses.

Nicholas began his insurance career in 2010 with a boutique firm in the downtown Seattle area and joined Parker, Smith & Feek in 2014. Born and raised in Seattle, Nicholas is a passionate Seattle native and a graduate of the Michael G. Foster School of Business at the University of Washington.

Nicholas is active in the community and sits on the Board of the Central District Rotary Boys and Girls Club, currently serving as the board’s Vice President, as well as the King County Boys and Girls Club Kids Auction Gala Board. Nick also serves on the Membership & Marketing Board for the Washington Athletic Club, as well as sits on two non-profit Golf Tournament Boards.

Nick also participates in trade and professional associations such as National Association of Industrial and Office Properties (NAIOP), The Building Owners and Managers Association (BOMA), and the Housing Development Consortium (HDC). Nicholas is a frequenter of Husky sporting events, the mountains, and the golf course.