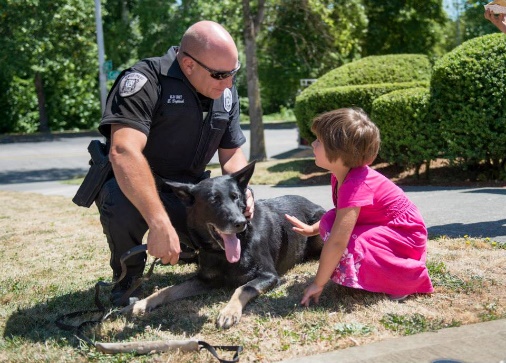 The SPD Canine Unit is made up of two sergeants, eight patrol dog teams, and a total of four detector dog teams. The Narcotics Detector Dog teams conduct hundreds of searches every year and help remove dangerous drugs from our community. The Explosives Detector Dog teams provide vital pre-event sweeps of major community venues and examine suspicious packages or items as needed by the Arson Bomb Squad.

Patrol dogs find criminal suspects by searching buildings and open areas, tracking suspects that have fled from a crime scene, and locating any evidence that a suspect leaves behind. Using their keen sense of smell, a patrol dog can search faster and more accurately than officers can alone—resulting in safer, more effective searches that require fewer officers. Canine teams work with patrol and are assigned throughout the city during nighttime hours. Along with their tracking duties, Canine officers provide support for patrol officers responding to 911 calls and handling on view activity. Dogs are able to locate suspects that officers alone cannot find, so the community is safer. 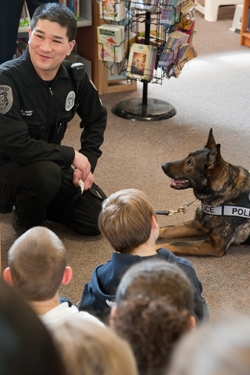 Your support of the Seattle Police Foundation has made Seattle safer: Traditionally patrol dog teams only worked nights; in 2015 the Canine Unit initiated a day shift program that was met with resounding success. Improving performance over the previous year, the Canine Unit has been responsible for 71 felony arrests, 10 misdemeanor arrests, 54 evidence finds, and provided deterrent support at over 125 arrest scenes.

The Seattle Police Foundation has purchased patrol dogs for the Canine Unit since 2003. Prior to 2003, patrol dogs were donated by community members or were puppies raised by the Canine Unit. Neither method was cost effective or came with a guarantee of health or performance. Since the Canine Unit was formed in 1971, the City has never purchased a patrol dog, and they are not a budgeted item for the City.

Since 2003, the Canine Unit has been able to purchase quality dogs from reputable kennels, which reduces costs, shortens training time, and provides a better overall patrol dog. Thanks to Foundation funding, the department is able to purchase quality dogs that are guaranteed to perform. If the dogs do not respond to training as expected, or experience unexpected health problems, the Canine Unit is able to select an alternate dog from the kennel.

Conducting over a dozen public demonstrations annually, the Canine Unit provides among the most positive police-public interactions.  The Canine Unit participates in all of the summer precinct picnic events, and additional summer events that include involvement with the community.

Sign up to recive special updates and the latest news on the Seattle Police Department K9 Unit! 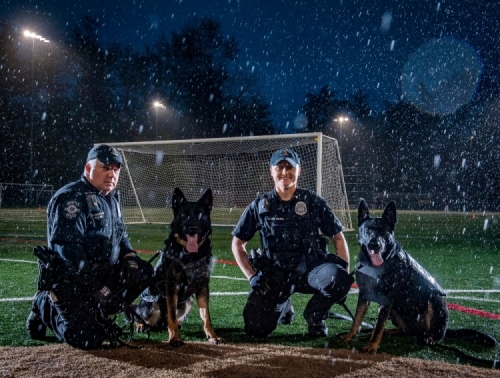