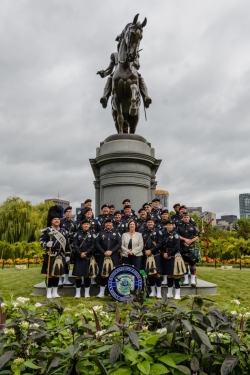 Seattle Police Pipes & Drums honors the memory of those in law enforcement who have given their lives upholding the law. The Seattle Police Pipes & Drums was established in January of 2011 following the line-of-duty death of Seattle Police Officer Timothy Brenton, who was killed on October 31, 2009. The renowned Seattle Firefighters Pipes & Drums performed during Officer Brenton’s funeral with tremendous class and honor. From the tragic loss of Officer Brenton came the inspiration to establish a police pipe band, allowing the Seattle Police officers to honor police officers the same way the firefighters have graciously done for so many years. The call for band members went out and the response was overwhelming - over seventy Seattle police officers answered that call and joined the band. Today, the band has more than 35 active members.

The Foundation's grant funding, fundraising assistance, and fiscal management have provided the band with the opportunity to accomplish the following: 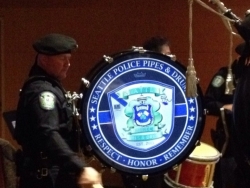