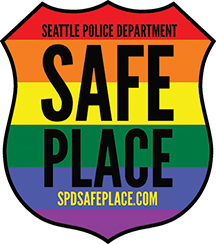 The Seattle Police Department SAFE PLACE Initiative is the first of its kind in the United States that is designed to encourage businesses and organizations to become part of the solution to bring awareness to a rise in hate crimes and directly assist the victims of those crimes.  The program also is designed to encourage police officers to promote this concept personally by visiting businesses and re-connecting with the business community and especially the LGBTQ community that has had historically strained relations with their police.

At the time of his appointment, Officer Ritter was aware the relationship between some members of the LGBTQ community and the Seattle Police were strained due to historic mistrust and a lack of communication, which had resulted in an alarming lack of reporting of anti-LGBTQ crimes by victims. With Chief O’Toole’s support, Officer Ritter was determined to change this dynamic. He recalled a time in the 1970’s when he was growing up, of a program that children walking home from school could use if they felt in danger.  The symbol was a yellow hand that residents would post in their windows, identifying those homes as safe places for children to run if they felt in danger and wait for their parents.  The symbol was easy to recognize and the concept simple to understand. 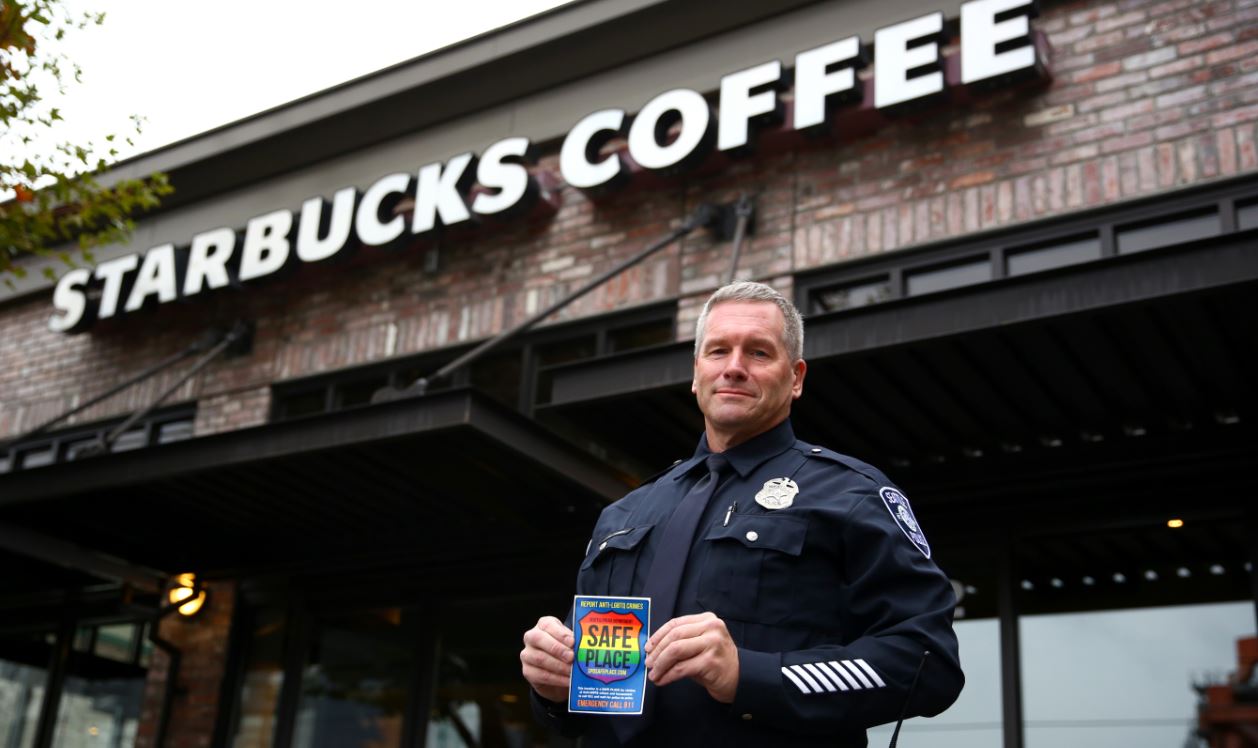 This concept was feasible and inexpensive to replicate, and Ritter believed would be equally as effective with adult victims of crimes.  SPD SAFE PLACE sets up a citywide network of businesses and nonprofits committed to protecting LGBTQ individuals. Local managers and store owners register on the SPDSafePlace.com website and receive a 4-by-6-inch, rainbow-striped sticker in the shape of a police badge. Installed on a street-facing window, the sticker advises LGBTQ individuals that employees have pledged two things. First, to call 911 to report all crimes, and specifically when they witness a hate crime; and second, to allow victims to stay inside their business until police arrive. This concept is the first in the nation, and is designed to educate the public, define their role in reducing crime, and generate a productive dialogue regarding historically sensitive information involving the LGBTQ community.

Ritter has been working with local businesses to place the stickers in their Seattle locations, and in all of their locations throughout the United States.  SPD SAFE PLACE  is launching in all of Seattle’s public schools.  Soon, a sticker will be placed at the main entrance to all public schools, as well on the doors to all Gay Straight Alliance rooms.  The initiative has been so successful it has already been adopted by several other departments throughout the country including: Los Angeles PD, Orlando PD, Louisville Metro PD, Tucson PD, Vancouver BC PD, University of California PD at Davis, King County Sheriff, Olympia PD, Louisville PD, Denver PD, and Morristown PD.

The effectiveness of the SPD SAFE PLACE Initiative is demonstrated on a daily basis through open and productive discussions from within and outside the police department, businesses, civic organizations and the media regarding serious safety issues involving the LGBTQ community, hate crimes awareness, and community involvement.