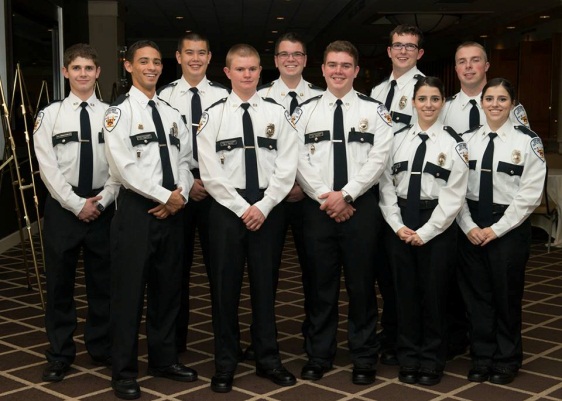 Exploring is based on a unique and dynamic relationship between youth and police.  The Seattle Police Explorer Post works to bridge the gap between youth and police by educating and involving them in police operations and to interest them in law enforcement. Involvement in the Explorer program establishes an awareness of the complexities of police service. The Seattle Police Explorer Post conducts a variety of programs and projects featuring safety, training, and community/public service. Explorers receive training in areas such as Introduction to Law Enforcement, Patrol Procedures, Domestic Complaints, Fingerprinting, Search and Arrest Procedures, Note Taking and Study Habits, and Crowd Control Procedures.

Members also learn firsthand how police officers conduct their jobs. Officers and detectives with special skills are invited to meetings to explain how the police department investigates major crimes such as homicides, narcotics violations, and gang activity. Explorers also make in-person visits to units such as K-9 and Harbor Patrol.

Success in the Explorer program is not measured by whether an explorer goes onto pursue a career in law enforcement. Success is measured by whether an explorer is able to take the skills and values they have learned in the post and apply them to their lives outside the post, or to whatever career path they choose. Over the past year alone, the Seattle Police Explorer post has volunteered more than 4,200 hours in training and community events, including Donut Dialogues, Seafair, Pista Sa Nayon, PEACE Camp, and an annual week-long military style Explorer Academy. The Explorer post continues to enthusiastically contribute their time to the service of others, and will continue to be involved in community events year after year due to the professionalism and dedication exhibited by all its members.

Unfortunately, police departments have numerous policing needs to balance, and youth programs such as these are the first to be removed from departmental budgets. Currently, the Seattle Police Department budget does not include any funds for the Explorers, which is why funds provided by the Seattle Police Foundation are so vital.  Grant funds are used to purchase Explorer uniforms, pay for food at training events, purchase drill rifles for the post, and pay for an annual week-long Explorer Academy. 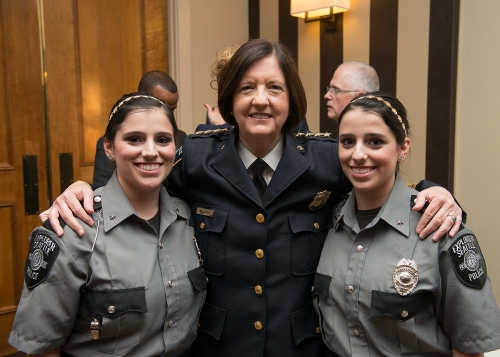 “When we first joined the post, both of us were extremely shy because being the "new kids" can be rather intimidating. Our advisors were convinced we were both mute since they did not hear us utter a word for the first three meetings. However, Explorers forces you to come out of your shell and grow into a leader. Three years ago we were too shy to say a word in front of the other Explorers. Now we are both Commanders and are in charge of welcoming our newest Explorers and encouraging them to step outside their comfort zones and mature into leaders - just like we have.”